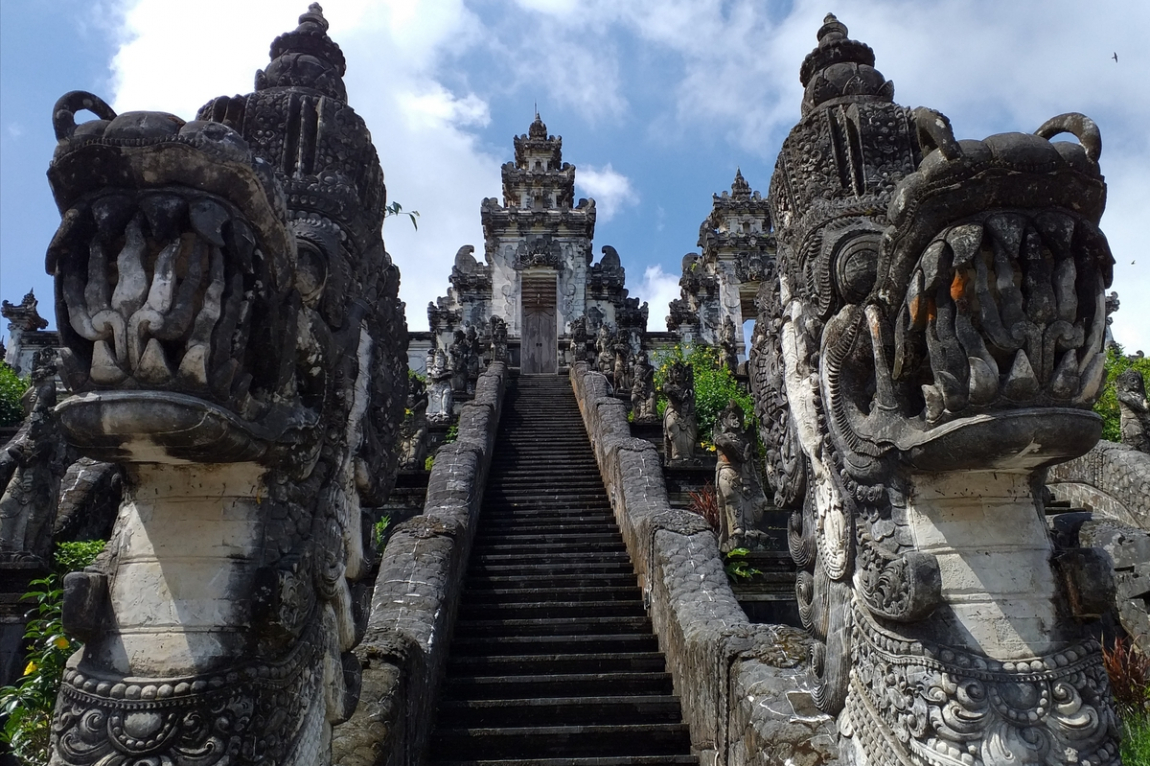 On March 19, 2020, Indonesia closed its borders due to the rampant epidemic that had developed in Europe. In those moments we thought it was a temporary and perhaps short-lived emergency, and that with the arrival of summer the situation would be back under control, as had always happened with winter influences.

The predictions for Indonesia at the time were catastrophic; being the fifth most populated country in the world, with 260,000,000 inhabitants, and with a largely insufficient health system, the so-called "experts" predicted 240,000 deaths in a few months. As a result, fear set in and for the first few weeks, we kept activities to a minimum, leaving home only to buy food and run essential errands.

Time passed and in the face of the chilling news coming from Europe and North America, nothing happened here, no acquaintance or friend had contracted Covid, had news of someone who had caught it, the hospitals were deserted. The authorities had decided not to institute the lockdown, the work activities continued on a regular basis, except for those who worked in the tourism sector, who found themselves unemployed overnight. So that gradually we started going out again, going to restaurants, and going about normal activities.

Like all those who have been lucky enough to pass the worst period of the pandemic here in Bali, we consider ourselves privileged; while people from all over the world remained closed within 4 walls, going out only to do the shopping and throw out the garbage, we allowed ourselves long walks on deserted beaches, swimming in a clean sea, all for us, aperitifs in the beach bars while admiring the sunset and weekends in villas and hotels that were offered at discount prices. We could go wherever we wanted, with the only limitations of wearing the mask in public places indoors. 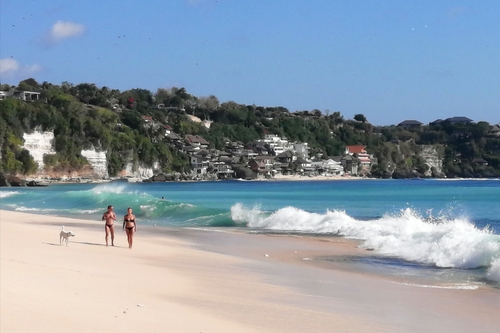 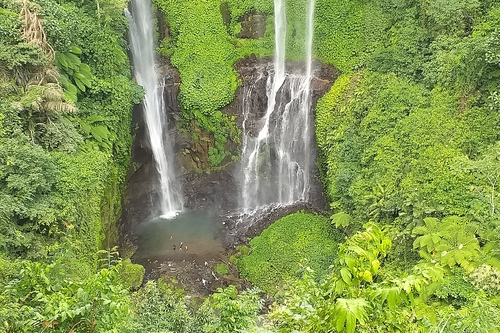 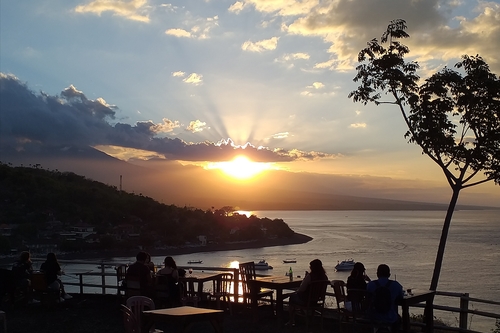 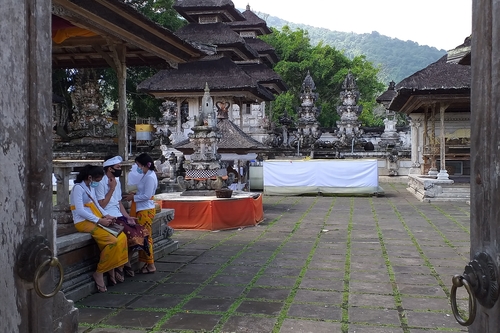 The dives carried out in the frequent trips to the north of Bali, to Amed and Tulamben, have introduced us to the best side of a sea that is already splendid in itself. Thanks to the absence of divers, usually in large numbers in Bali, marine life had undergone a strong increase. The wreck of the Liberty, which under normal conditions attracted hundreds of divers every day, was now all for us 4-5 divers as we enjoyed the return of trevally and horned parrots, as well as a rich variety of reef and macro fish (see photo ↓).

The same can be said for the entirety of the Indonesian seas. The lucky few who have had the opportunity to sail during this period have enjoyed solo dives with a wealth of marine life above the norm.

In particular, some cruise boats were used to explore, document and propose some areas as new marine parks; a large area in the south of the archipelago, including the islands of Rote, Sabu and Timor, and the two islands of Serua and Penyu in the Banda Sea. An initiative that we support with all our strength (see video ↓).

Unfortunately, however, we must also talk about the negative sides: the population of Bali, which in a percentage of 80% depends in some way on tourism, has paid and is paying a very high price. As a result of this crisis, many of them have lost their jobs, have returned to their villages of origin, and try to survive by cultivating a piece of land, selling fruit, vegetables and eggs along the roads, or looking for odd and poorly paid jobs. The poorest part of the population is exhausted and it is truly painful to see such proud and hospitable people suffer. 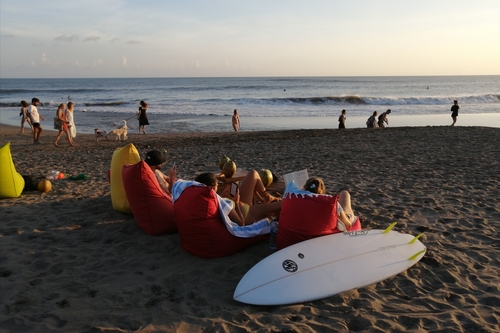 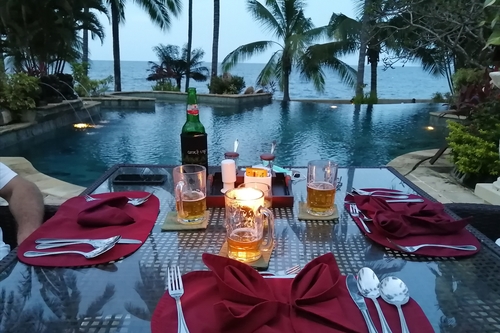 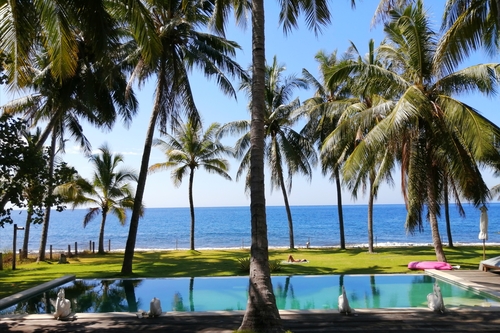 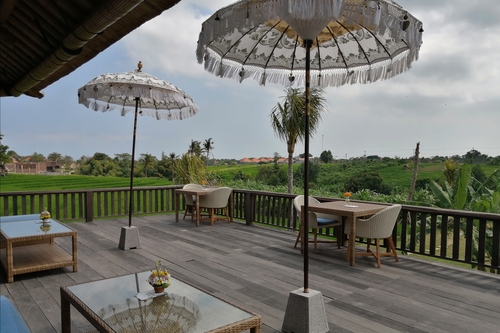 However, this difficult situation made us reflect on how lucky we are to live on the island of the gods; although a large percentage of the population is fighting to survive, delinquency and theft have not seen any increase. Bali is always a safe place where you can go out and leave your home open! The dignity of these people is impressive!

Unfortunately, after a year and a half we are still in a stalemate. In recent months, the authorities had planned to open the borders at the end of July 2021, but since June there has been an increase in infections caused by the delta variant, so everything has been postponed. Hopefully soon.

But this is also changing! The latest statistics and information show that the positivity rates in Bali and Indonesia continue to steadily and consistently decline.

In conclusion, we wish to see you soon to be able to share with you the beauty of the largest archipelago in the world and the fantastic Bali.

Cruising Indonesia is committed to providing you with not only a perfect diving vacation, but also the best price guaranteed. Contact us and we will organise everything you need: all the details of the reservation: your diving cruise or dive resort, your international and domestic flights, your ground services, an amazing tour extension for you... 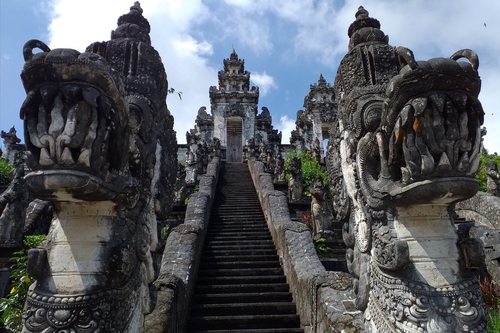 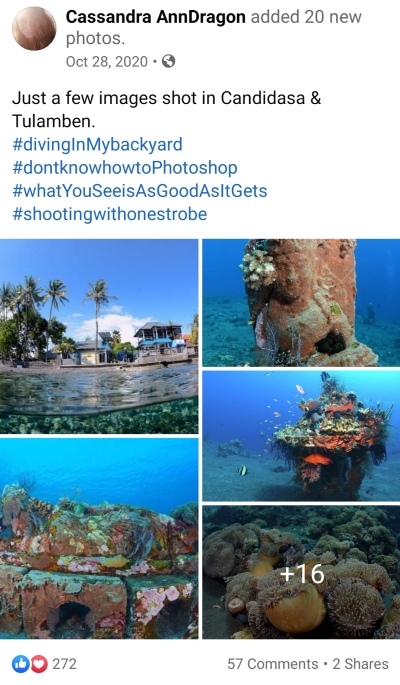 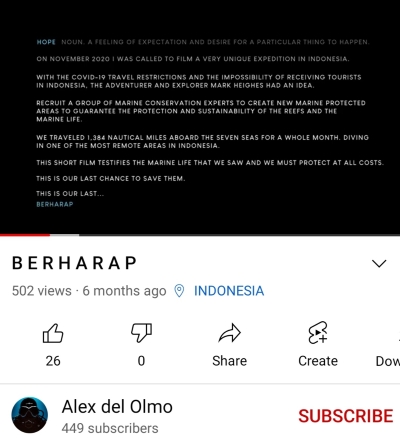