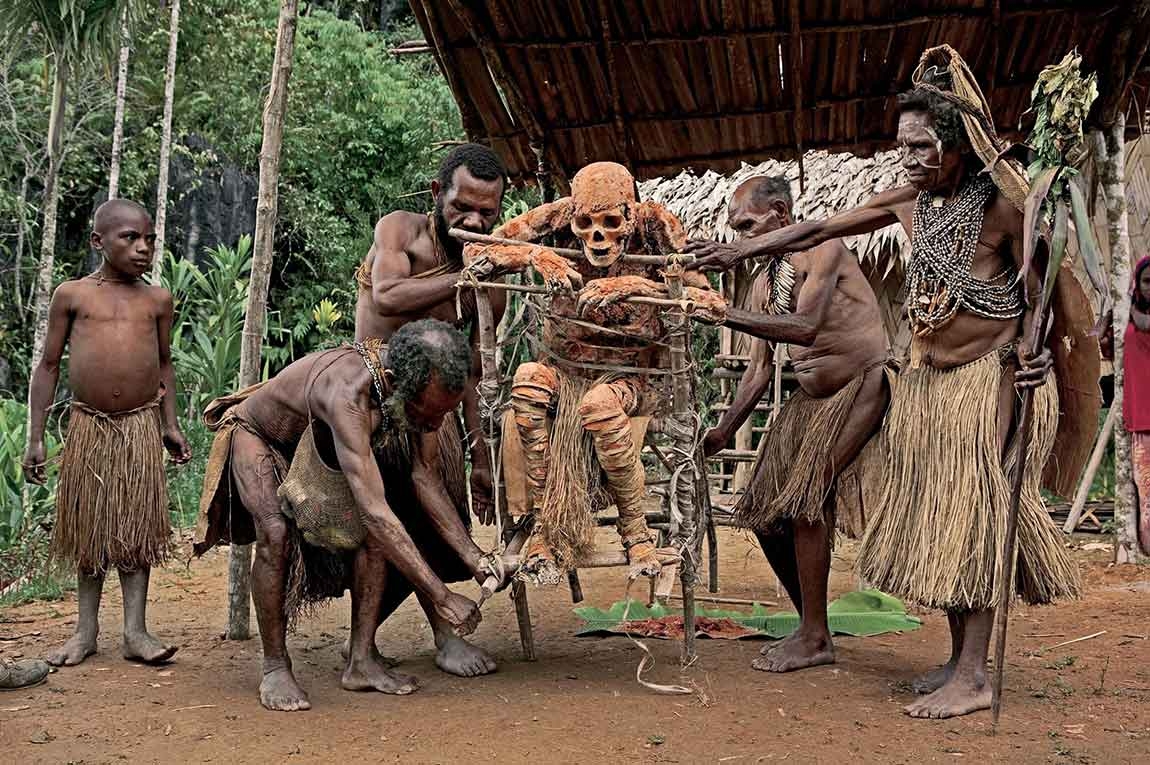 The experience of a rudimentary way of life, lost in the dawn of time and humanity, is the best definition of what the traveler will try if he decides to explore and discover the lands of the people of Asmat and Korowai. Cruising Indonesia organises expeditions in Asmat and Korowoi territories. Would you arrange your expedition now?

The Asmat live in the southwest of Indonesian Papua, on the coast of the Arafura Sea, in a region of freshwater and mangrove swamps. Their territories arrive at the border of Lorentz National Park, the largest protected area in the South Pacific area, recognised by UNESCO as a "World Heritage Site".

A population of about 70,000 inhabitants, once cannibals and headhunters, the Asmat are now famous for their skill and tradition of woodworking sculptors, probably the best in the Pacific area.

The fact of not having communication routes, even to this day, make it difficult to see the lands of Asmat, and it is the reason for their isolation and the continuity of their traditions and primordial lifestyle. The large rivers, the only communication routes, provide the surrounding jungle with the sources of livelihood for this hunter / gatherer population. The sago, extracted from la palma is the main food of the Asmat, supplemented by fish, small animals, birds, larvae, fruit.

The canoe is therefore their main mean of transport in Asmat territories. Amazing the war canoes, sculpted and coloured.

Because of the periodic flooding of the land, Asmat's houses are built on stilts high up to two meters above ground level.

The Korowai, a small ethnic minority, composed of about 3000 people, lives in the Papua New Guinea border region, hunters/gatherers, nomads, live in small family groups, in the jungle and along the waterways. The first documented contact between Korowai and Western dates back to 1974.

The character of this population is to build huts on the foliage of large trees at heights of 10-25 meters above the ground to protect themselves from enemies and the dangers of the jungle.

As the Asmat people, the Korowai follow a rudimentary way of life and primordial lifestyle in the jungle of Papua.

The visit of the Asmat / Korowai regions involves a demanding journey, due to the total lack of structures, the hostility of the environment, the effort. It is not a journey suitable for everyone, it requires a spirit of adaptation and the determination to go and discover this isolated world lost in time. Cruising Indonesia organises expeditions in Asmat and Korowoi territories. Please contact us for further information.