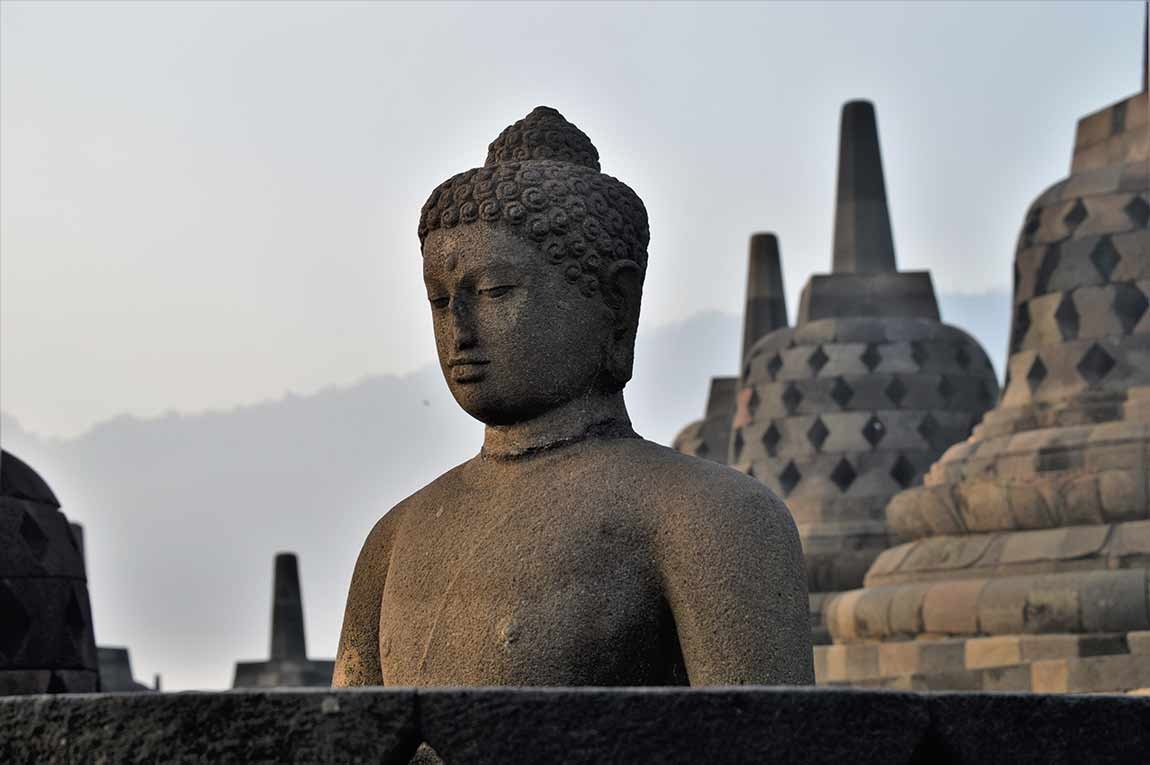 Our tour of Java visits the Buddhist temple of Borobudur and the Hindu temple of Prambanan, both used nowadays as pilgrimage sites and the Bromo-Tengger volcanic complex and the Kawah Ijen known for its vibrant blue flames of sulfuric gas.

Java is the most populated island of the Indonesian archipelago, the center of the country's culture, home to ancient great civilisations that have left behind temples buried by vegetation and then rediscovered in recent times, a land of great and destructive volcanoes, but which make the land so fertile as to allow the sustenance of a huge population.

The city of Yogyakarta and the nearby Surakarta (Solo) are undoubtedly the cultural capitals of the country, in these lands have prospered over the centuries, civilisations of different religions, first the Hindus, who left the temple complex of Prambanan, then the Buddhists, builders of the Borobudur, the largest temple in the world for the veneration of Buda. Finally, the advance of Islam adopted by the sultans of Yogya and Solo, which however have absorbed and maintained the traditions of the previous rulers. Amazing cultural transitions observed by the mighty Merapi, one of the 5 most destructive volcanoes in the world. The Lantern Festival at Borobudur Temple is one of the awaited moments during the Waisak celebrations.

On the volcanoes route: Bromo and Ijen

Following a path to the west of the island you can visit the Bromo-Tengger volcanic complex, a "lunar" environment with enormous craters, active volcanoes and savannahs. Even more to the east the volcano Ijien or Kawah Jien, which houses a turquoise lake inside, is in fact a sulfur quarry, where you can still assemble the daily struggle of the quarrymen, who tear the precious material, with a fatigue of other times, carrying loads of 80-100 kg on the shoulders going back first from inside the crater, then going down to the road, where the trucks wait. At night the sulphurous exhalations produce the called "Blue Flames" strips of blue light that cut the black of the night. Absolutely not to be miss it.

Finale of the trip: Bali, where the sweetness of life and the beauty of the landscapes are the perfect scenario for the last days of travel. 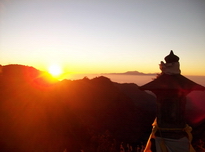 Touring through the Volcanoes Road

Overland tour through an astonishing sceneries, Dieng Plateau, a marshy plateau compounds the floor of a complex volcanic caldera; Mount Bromo, a mount dedicated to the Hindu creator God Brahma, which sits in the middle of a vast plain called the "Sea of Sand"; and Ijen, an one kilometer wide turquoise colored acid crater lake, site of a labor-intensive sulfur mining operation, in which sulfur laden baskets are carried by hand from the crater floor. All in our favorite "Volcanoes Road Tour" by Cruising Indonesia. 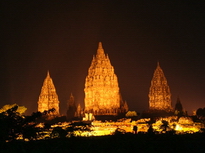 A journey discovering Borobudur and Prambanan, a unique combination of ancient temples, history and culture, in our favorite "Yogyakarta enigmatic missing civilization Tour" by Cruising Indonesia. Cruising Indonesia makes the most of your day: experience the stunning sunrise over Borobudur, the largest Buddhist monument in the world. The 9th-century Hindu temple of Candi Prambanan is magnificent but looks terrific at sunset. Afterwards is the perfect time to expend the night watching the performance of Ramayana Ballet. 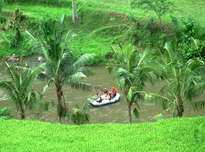 Watching some of the most spectacular view of Ayung river, discovering hidden waterfalls and swimming in pristine waters in an exhilarating adventure full of adrenalin. A very special way to look at Bali, Islands of Gods.

There are different options to do rafting in Bali: Agung River, Telaga Waya, Melangit River. And of course different difficulty levels. 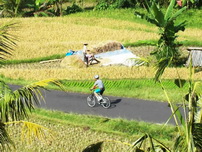 Cycling Bali off the Beaten Track

A journey in the time through typical villages and exuberant jungle will allow us to contemplate every day life of the traditional Bali, which elapses like the tiny rivulets that wash the world’s most beautiful contoured rice terraces, in the surroundings of Jatiluwih, recently acknowledged as UNESCO World Heritage site. 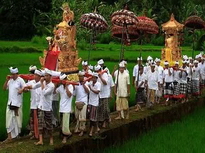 Discovering Bali the Island of Gods

Let you captivate by the beauty of its culture, its wonderful people and astonishing landscapes. Bali is an island of scarce natural resources but rich of cultural ones. Famous by its traditional arts, theater, dance, and elaborate religious festivals, the Balinese culture is a dynamic force that is constantly synthesizing the old and the new, the traditional and the innovative. Stunning volcanic lakes, spectacular rice terraces, tropical beaches, ancient temples, water palaces, exotic melting pot of cultures and peoples; all in our favorite Bali Island of Gods Tour by Cruising Indonesia.